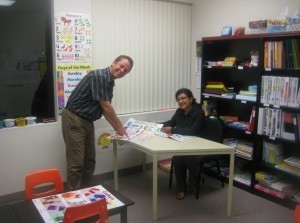 Nearly one month ago, parents, students, pastors and city counselors came together to celebrate the opening of Hope Academy— a Christian mission school for children of all backgrounds and religions, located in Etobicoke, Ontario.

The days following that morning of fellowship and celebration have been good, says Hope Academy Principal, Andrew Straatsma. In fact, he is surprised and encouraged by just how well things have gone for the school so far.

To say that Straatsma worked hard to lead the school where it is today is a bit of an understatement. For the last 14 months, he worked tirelessly to promote the school, provide teachers with the right curriculum and put the necessary policies in place. He personally connected with a variety of South Asian communities and spoke about Hope Academy in numerous churches.

For a relatively new school, Hope Academy has a fairly detailed back story. It started out as a dream of a cross cultural ministry in Toronto called The Hope Centre Mission.

“As the Children’s Programs of Hope Centre grew over the past 12 years, so did the desire to offer them a full-time, high-quality Christian education,” writes Straatsma on the ‘Who We Are’ portion of the school’s website.

“The Providence United Reformed Church in Strathroy latched onto this vision and took steps in 2009 to establish a full-time Christian mission school named Hope Academy. The Church Council appointed a Steering Committee including Christians from various parts of Southwestern Ontario who worked hard to set up Hope Academy as a certified school with the Ontario Government, to prepare an excellent curriculum, and to seek Staff, Students, and support.”

In 2012, that steering committee became a school board and asked Mr. Andrew Straatsma to serve as Hope Academy’s full-time Principal.

There are two important ways that Straatsma would like to see Hope Academy honour God: through the way its staff treats students and their families, and in the way it provides children with high quality Christian education. Ultimately, he believes that those efforts will make the school “a sign post for the kingdom,” in its Brampton North and Etobicoke community.

“Around the world, Christian education has a good reputation, and has been a powerful way to bring the gospel to people and to families,” says Straatsma. He hopes that the children enrolled at Hope Academy, whether they come from families who are of Christian, Sikh, or Hindu faith, will experience that for themselves.

“We tell parents, most of them non-Christian, flat-out, that we are a Christian school,” says Straatsma. More often than not, they react positively to that fact, and appreciate the school’s commitment to high moral standards, he says. He adds that most of the parents he’s come into contact with espouse those values themselves.

The children who attend Hope Academy come from a variety of cultural and faith backgrounds, and the school’s certified Christian teachers have already been able to meet challenges that are unique to that context. Straatsma says he’s impressed by the most recent addition to the staff— a Junior Kindergarten through grade 2 teacher, who can speak both Punjabi and Hindi. That ability has has been critical, he says, particularly for the students in Junior Kindergarten, who come from homes where the only language is of a South Asian background.

Maintaining a good conversational flow between staff and students is essential, given the school’s small size. So far, it has helped create a safe, nurturing environment in the classroom. That trust also serves to strengthen the relationships between Hope Academy staff and parents.

“We get to know the families of the children very well. A lot of them are fairly new as immigrants, and come from fairly tight communities,” says Straatsma. He adds that the school itself is “really more like a family, because of its small size. One where the principal is a teacher, too.”

Hope Academy students come in from buses running all over Brampton North. They start each day by sitting down for twenty minutes with pastor Tony Zekveld. Before the school year began, Straatsma took time to break down the narrative of the bible (from Genesis to Revelation) into 170 stories. Students hear one of those stories every morning. After that, they get to work.

When Straatsma envisions where he’d like Hope Academy to be in five years, he sees growth. He’d also like to see it turn into a self sustaining Christian school, that is less dependent on donation revenue. For now though, he recognizes that the school’s first priority is to establish itself where it is—and to make the most of its symbiotic relationship with the Hope Center Mission in Toronto (which operates in the same building as Hope Academy).

Whether growth happens slowly, or quite suddenly, teachers at Hope Academy have reason to trust that God will be a constant presence in the school— blessing the work of staff and students, and attending to the needs that arise, in His own way and in His own time.

Hope Academy is a private school open to students from all religious backgrounds. 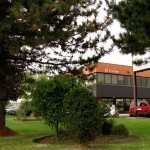 Board and staff at Hope Academy smile for a group photo. 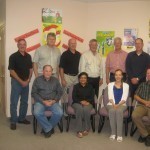